GRAINSTORM: verb – to grainstorm
To gather as a collective and discuss new ideas for Grain beers

Every few weeks, us folks at the brewery get together, wipe clean the white board, and we grain-storm. This is where we chat/discuss/argue about beers we have tried, beers we want to try, and most importantly, beers we want to create. The winners (and sometimes the losers) then go on to become scribbled recipe notes, a bit of internet research and a few phone calls, and on to the next stage of a test brew.

Some beers make it no further, and you are left wondering why on earth you thought celery would go well in beer, whilst others are tinkered with, fine tuned, and destined for bigger fermenters.

So if you see Grain Storm on the pump clip or bottle label, you know it’s something you must try before it has gone.

The taxmans’s taken all my dough

“The taxman’s taken all my dough”. Well it’s all gone somewhere and I know they’ve got a decent chunk of it.

This is Marc’s first commercial beer. He’s done plenty of home brew and has made a number of attempts at a table beer on his small brew kit over the last few months, so we’re hoping it’s going to be good.

The beer is a very light, gentle and fruity number, with an ABV of just 2.5%. It’s not trying to be an alcohol-free beer and makes no apologies for what it is, but it is a beer you can happily sink on a sunny afternoon in the summer time, without it wrecking the rest of your day.

‘Sunny Afternoon’ was already taken as a beer name (ten times over), so we opted for the opening lyric which seems especially pertinent in the current climate, and suits the beer rather well.

It’s a ‘table beer’ or ‘small beer’ (though I’m sure many will get back to me re the term and definition), which as a thing was especially plentiful in medieval Belgium and France. A beer for all the family, kids too!

A good chunk of any beer is tax, and that’s even before you put VAT on it (yes, tax on tax). Beer tax is paid on the strength of the beer, so keeping it low means less tax in your pint, and keeping it below 2.8% alcohol by volume (ABV) means that tax is paid at a lower rate, so it’s a double win. Add to that the fact that everyone is paying 45% tax on their petrol and diesel and we’re all feeling it a bit (or a lot), this beer will help, if only a little bit. However, please bear in mind that we still have to buy all the ingredients, use power to brew it and store it, then deliver it, not forgetting that the pub needs to make a margin on it, so don’t expect it to be cheap. Those days have gone.

But for a short while, you can forget all those troubles, humming away, whilst you laze on a sunny afternoon, knocking back a pint of our delicious beer. 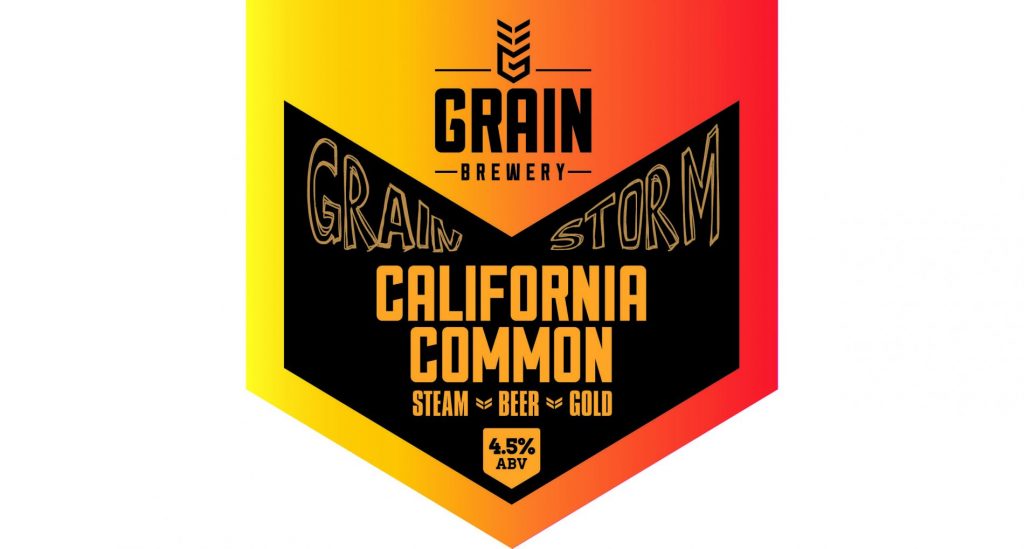 California Common is a beer we brewed back in 2016 and proved very popular so we brewed it again. At the time we had some help from our Grainiacs at Grain Fest who tried three versions of the beer, each dry hopped with different hops, and we’ve obviously tweaked it a bit, as we can’t leave anything alone.

‘California Common’ is the traditional name for a steam beer, made famous by Anchor Brewery in 1896. It’s a golden beer, with gentle toasted aromas, but what makes it different is that it is brewed with lager yeast (a clean yeast that ferments around 10 celsius), but fermented at an ale yeast temperature of around 20 celsius. This gives some lagery flavours, but also fruity esters, all of which seem to work quite well.

It will be around for July and then it will be gone, so don’t dilly dally as despite it’s name, it ain’t so common. 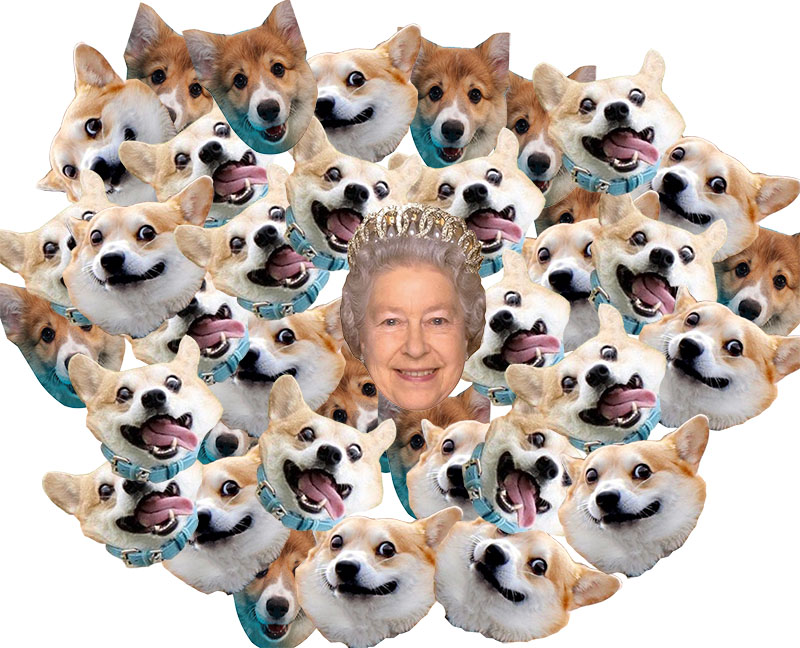 37 Corgis is our beer to celebrate Queen Elizabeth’s 70 years on the throne. It’s a great achievement so it needs a great beer.

This Grain Storm brew is a collaboration between Marc and Phil. Marc came up with the flavour profile for another beer, Phil stole it for this one, added (what he thinks is) a witty title, and Phil gets all the credit for it. It is a very easy sparkly light beer, with delicate tropical fruit flavours and aromas of tangerine, coconut, and a twist of lemon, all from the hops. If you like a beer that hits the spot, this is it.

37 Corgis – what’s that all about? We all love dogs don’t we? And we know that the queen is a great fan of them, especially her beloved corgis. So we were thinking…she must have got through a fair few corgis in her long reign of 70 years, but just how many is a mystery. So we went on a mission of painstaking research to discover precisely how many corgis she has had.

Our initial Freedom of Information request to the palace bore no fruit, so we tried other methods. An unnamed source at the palace was able to take a snapshot of some highly confidential documents detailing the deaths of some of HRH’s corgis. The document was incomplete but it was able to give us an idea of the kind of life they had in the palace. Combining this with some Wiki info on the queen and her corgis, plus what we know about corgis in terms of life expectancies, and some pretty solid assumptions on their lifestyle, we were able to come up with a precise and accurate calculation. The answer is 36.84.

Anyone who wishes to challenge this number is welcome to do so, but we are pretty confident of its accuracy. Try the beer too while you’re at, it’s delicious, and available in pubs around East Anglia throughout the jubilee. 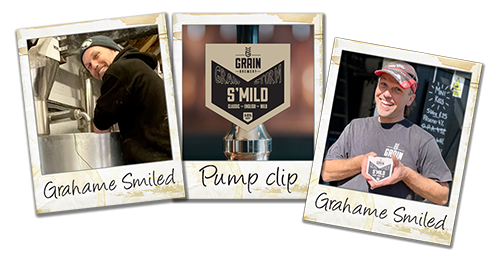 S’mild, Smiled, s’miled, Grahame’s mild – you get the picture. With a smile like that, Grahame’s face is generally the one plastered all over instagram and facebook, so the beer name seemed to suit.

Grahame has been pestering to brew a mild for a few year’s now. We have brewed one before with ‘Mocha Mild’ brewed with cocoa beans, and it was delicious but far from the traditional mild that many know and love (not me). Personally there is invariably something else I would prefer to have on the bar, but I know many people who do love mild, and I am thinking that perhaps this is my opportunity to love it also .

He selected Maris Otter as the big malt, then added colour and nutty flavours with the brown malt, plus some amber to give a smooth lightly toasted character. Grahame’s trick was to use German Weyerman’s dehusked black malt to give extra colour, but without adding too much bitterness.

Tell us what you think.

Chevallier 47 is the first full scale brew to come out of our grain-storming. It is a modern classic. Golden in colour, smooth and full-bodied in the mouth, with sweet biscuit flavours, and the piney grape character of the hops perks the taste buds right up. Before you ask, the 47 represents both the original gravity (of 1047) and the ABV of 4.7.

This is one Phil came up with. He is always banging on about ‘grain this’ and ‘grain that’, so choosing a resurrected heritage malt for his beer was not a great surprise to the team. So what makes this beer special? The barley was selected as a variety for beer by Mr Chevallier back in 1820 and was the dominant variety of brewers’ barley right up until 1920, forming the backbone for the majority of Victorian ales. When you imagine those Victorians in their white shirts and black tailcoats swigging jugs of frothing ale, then Chevallier was most probably the ingredient. Crisp Maltings describes our homegrown Chevallier (or ‘Chevalier’ no doubt due to the ‘l’ shortages of the early 19th century) as Maris Otter turned up to eleven, which is perfect for that big body, full-flavoured mouthfeel we were after.

I strongly suggest you give it a try.