So Alan ‘officially’ retired from brewing and closed down Old Chimneys Brewery back in March, but we’ve been making plans together for some time now, and at last we can reveal them to you all. You can’t keep a good man down any more than you can keep a good beer down (hmmm – somethings’s not right about that phrase…), and although Alan closed up shop, Good King Henry is far too great a beer to accept its abdication just yet.

If you have never tried Good King Henry, then you should have at least heard of its reputation. Good King Henry is a multi-award winning imperial stout, usually in the 9% range and the bottled version, Good King Henry Special Reserve, has been England’s highest rated beer on rating website ratebeer.com for eight years. That is impressive.

We were very excited when Alan approached us to explore the idea of him brewing this amazing beer at Grain. It is not usually the way we work, but Alan’s beer has inspired our own ‘Slate’ porter, and his years of knowledge and experience complement our mission of exploring grain characters and flavours.’

We will be putting the first batch brewed at Grain into cask this afternoon, but, get this, tomorrow we will also be filling up a good number of 20L Key Kegs. Apart from a tasty trial run earlier in the year, this will be the first time Good King Henry will be available in keg, bringing a whole new dimension to the beer, and making it accessible to a greater number of drinkers throughout the UK, and maybe further.

Not only that, but Alan turned the volume up a bit to hit double figures, and the new GKH is now at 10% alcohol by volume.

Good King Henry will be available at the end of October, making its first appearance at its new strength, at Norwich Beer Festival from 21 to 26 October, and will be available to buy in casks and kegs direct from Grain, or indirectly via the Eebria website. 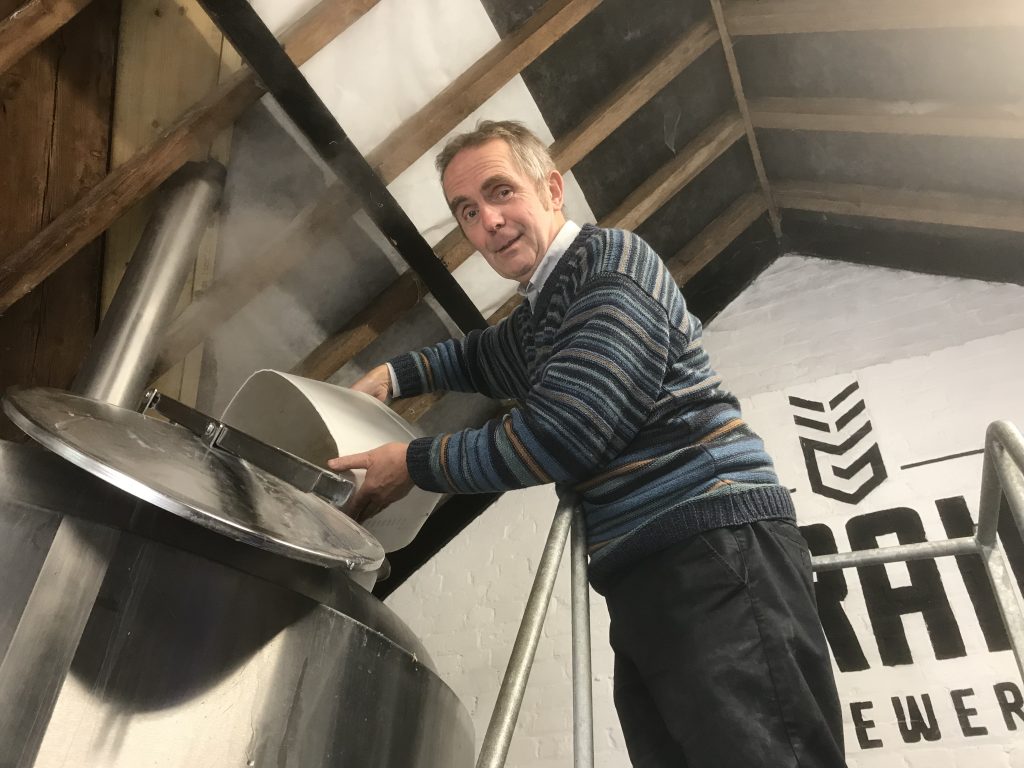 The King is not dead. Long Live the King!